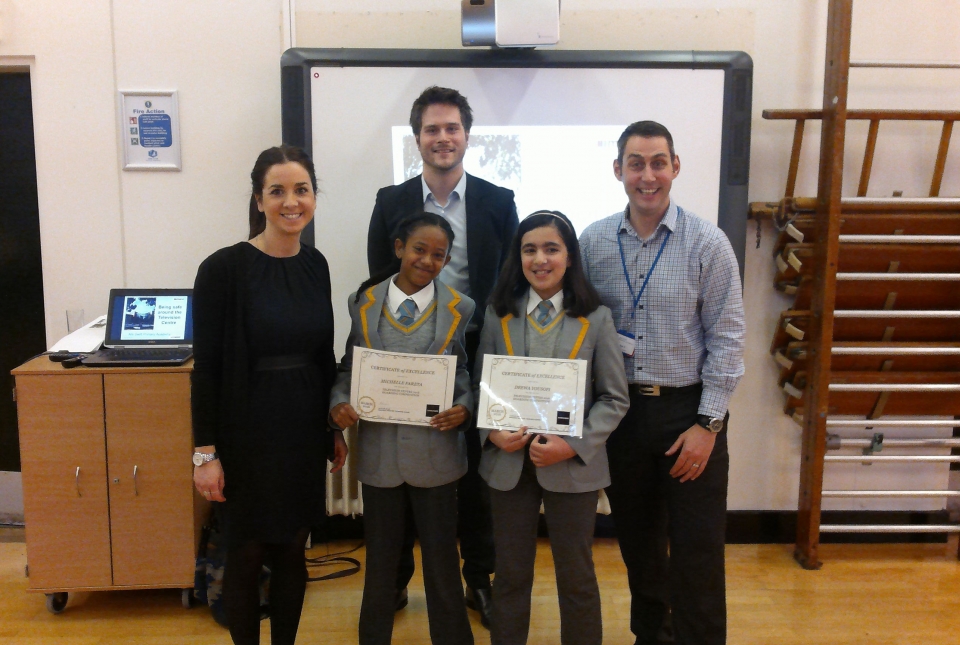 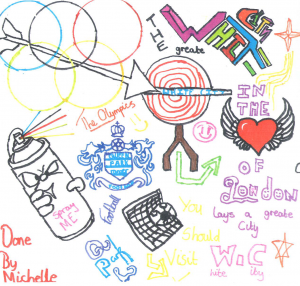 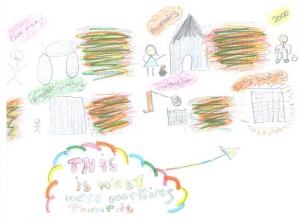 In the Spring half term, the Year 6 children were invited to participate in a competition held by ‘The Community’ at BBC Television Centre. The competition was to create a design for the hoarding outside the new development at BBC Television Centre. The children created designs based on the diverse history and culture of White City and Television Centre. The winners and their classes visited the site on Wednesday 13th April and watched as the artists transferred their ideas onto the hoarding and also had the opportunity to help paint too. The Hoarding will also advertise the school the children's designs are from.