Yesterday, some lucky children from year’s 3 and 4 went on an exciting trip to see the ongoing transformation of the old BBC site. This was part of a prize that they had won following their success in a school competition organised by our friends at MACE construction, to design and build a model of how they would like the final site to look. Their winning entries were fantastic. 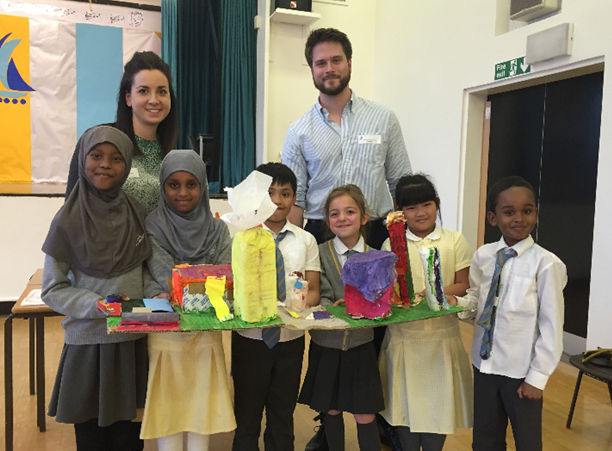 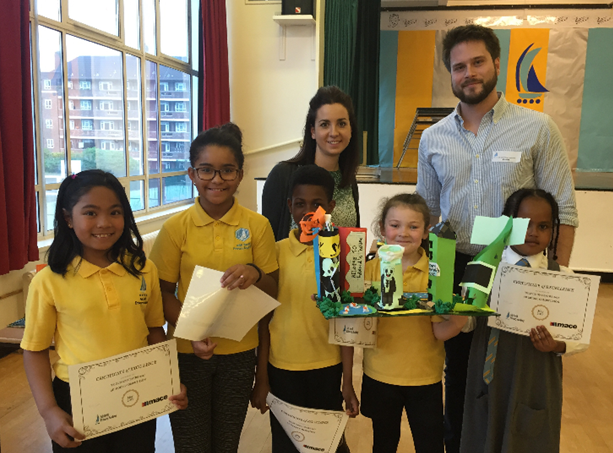 As well as walking through the site, the children were given a presentation by the London Bee Company on all things bees.  They found out that some hives have already been placed on the existing roof areas and that the bees are busy making White City honey! In addition, they were asked to paint an additional hive using their own designs before it was placed on the roof. 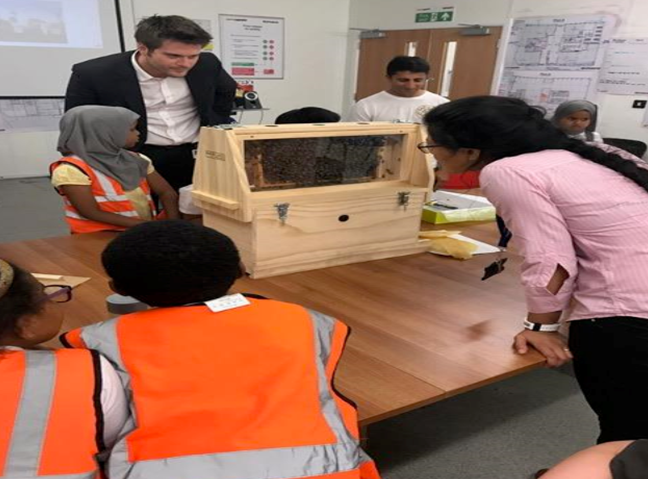 As boy in Year 3 Goldsmiths, commented, “I thought the trip was amazing. We were able to spot the Queen Bee and we painted our own bee hive. We got really messy but we didn’t care as we were having so much fun!”